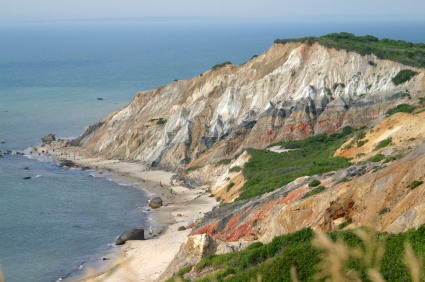 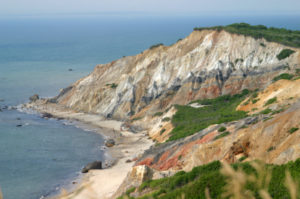 The Cape Wind project to construct 130 wind turbines in Nantucket Sound was recently approved by U.S. Secretary of the Interior Salazar over the objections of two Native American Indian tribes, which claimed the project would disrupt spiritual rituals as well as ancestral grounds.

People of the First Light

The Mashpee Wampanoag of Cape Cod and the Wampanoag  of Gay Head (Aquinnah)  explained that “Wampanoag” means “People of the First Light” and the turbines would adversely impact their ability “to continue their ceremonies in a way that ancestors have done for thousands of years”, including their sunrise ceremony.

It was reported that the historic preservation officer for the Aquinnah Wampanoag of Martha’s Vineyard said in a letter to federal officials that the view of the project site in Nantucket Sound “is where we still arrive to greet the new day, watch for celestial observations in the night sky and follow the migration of the sun and stars in change with the seasons”. (See news report)

The tribes have also expressed strong concern that the area of Nantucket Sound where the project will be located, known as Horseshoe Shoal, may contain ancestral artifacts and remains that will be disturbed or destroyed by the construction of the project.

A Question of View

One may be forgiven, however, for wondering whether this is perhaps more about political expediency than religious and cultural rituals.

For example, supporters of Cape Wind have noted that the land of the Aquinnah Wampanoag is on the western part of Martha’s Vineyard in the area known as Gay Head (pictured above), and does not have direct views of Nantucket Sound.

Also, an attorney who was a former member of the Tribal Council of the Aquinnah Tribe, and whose father and grandfather were life-long tribal medicine men, sent a letter to Secretary Salazar, stating:

“I am stating to you with complete honesty and knowledge that I never participated in, witnessed, or even heard of a sacred spot on the horizon that is relevant to any Aquinnah Wampanoag culture, history or ceremony. Nor did I see, or hear, either my father or grandfather conduct such ceremony. I do know that offerings to the Creator are made at ‘first light’, but first light is a period of time not a place. The notion that locating wind turbines in Nantucket Sound will impose on, impact or harm any cultural tradition is just plain false.”

The writer acknowledged in his letter that he worked for a law firm that represented the developer of Cape Wind but said that “my employer has not influenced my decision to write this letter in any manner whatsoever”.

The letter included a petition reported to dispute the claimed cultural value of the Cape Wind site to the Aquinnah tribe, which was signed by eight members of the tribe, including a former chairman of the tribe who originally opposed the project but now supports it. (See Letter) (See News Report)

As for the claims that construction of the project will disturb ancestral artifacts and remains, Department of Interior approval came only after detailed studies finding that such disturbance was unlikely, and the approval carries significant restrictions to guard against this. These measures include

My Way or the Highway

The tribes have refused millions of dollars offered to mitigate any impact the project may have on the tribes, and are continuing their opposition.

According to Secretary Salazar, from the tribes’ perspective, “there are no acceptable mitigation measures for the impacts to their traditional cultural properties”. In other words, build it somewhere else.

When Everyone Has Rights

The Department of the Interior’s decision effectively recognizes this.