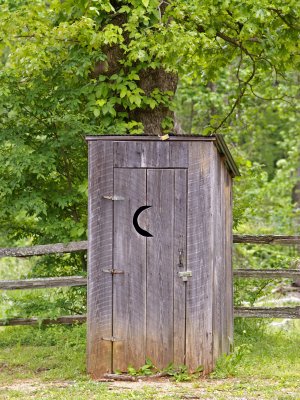 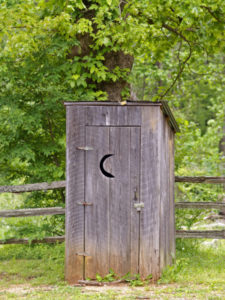 In the best of times, it’s hard to find anyone saying anything good about cesspools.

And this is hardly the best of times for cesspools.

Not Much Good To Say

The legislation targets the following cesspools for oblivion:

While no one knows how many cesspools have failed, it has been estimated that of the over 50,000 cesspools in Rhode Island,  approximately 4,000 are estimated to be in the State’s coastal zone.

It is safe to say that this is an issue that will affect a good number of Rhode Islanders.

The current legislation provides the following schedule for removal of targeted cesspools:

These deadlines can be extended for up to five years for undue hardship.

The Department of Environmental Management has promulgated draft regulations to begin the phase out of targeted cesspools, which will go for public hearing on May 27, 2010. (See in particular Rule 53)

The consequences of being required to abandon a cesspool are not inconsequential.

Perhaps the best scenario is where a sewer tie in is readily available. That may be relatively cost-effective.

However, if  sewers are not available,  the property owner must install a conventional individual sewage disposal system, the cost of which could run from $10,000 to $15,000. However, if the property is located in a sensitive environmental area, high tech denitrification systems may be required, and that could cost from $20,000 to $30,000.

The legislation authorized the Department to grant limited waivers, up to five years from statutory deadlines, if the homeowner demonstrates “undue hardship”. The draft regulations define undue hardship as

“having an annual income of less than or equal to eighty percent (80%) of the appropriate household size area median income determined by federal Housing and Urban Development standards for the community within which the cesspool is located.”

While people often think of waterfront property as where the wealthy live, in Rhode Island there are also a lot of people of average means who live within 200 feet of tidal water in cottages and modest homes, many of which may be serviced by cesspools.

Having talked with the top DEM professional responsible for administering the cesspool phase out program, I am confident the Department recognizes that cost of replacement may be an issue and that it is sensitive to the burden the legislation may impose.

Depending on the experience in implementing the program, it is possible that the definition of undue hardship may have to be revisted by the Department or that the General Assembly may have to reconsider the deadlines it has imposed  by statute. This may be particularly so where systems at issue have not failed.