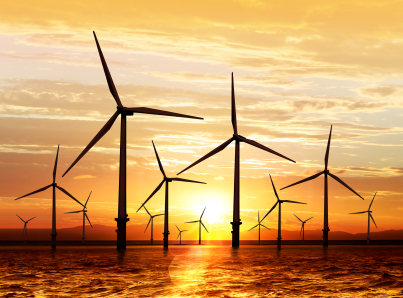 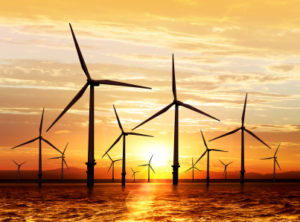 I recently had the opportunity to address the Oceans’ 12 Conference meeting in Virginia, having been asked to serve on a panel to discuss the new phenomenon of  “ocean zoning”, which I see as the next big step in  coastal zone management.

The panel itself was focusing on “coastal and marine spatial planning”, or MSP, as it is often referred to in shorthand.  MSP is a comprehensive and integrated ecosystem-based spatial planning process, relying on sound science, to gather information and data about conditions of the ocean, the seabed, and the marine life that inhabit the study area.  MSP can also analyze current and anticipated uses of ocean and coastal areas, and in this country, the Great Lakes as well.

The MSP process can identify areas most suitable for specified activities, whether fisheries, mineral extraction, ship transport, etc.  When this information is translated into a regulatory framework, which is often referred to as “ocean zoning”,  it can reduce user conflicts and environmental impacts and preserve critical habitats and ecosystems while fostering specified uses to meet specific objectives.

For example, marine spatial planning and ocean zoning has been seen as important to fostering alternative energy development.  Witness Rhode Island’s Ocean Special Area Management Plan, also known as the Ocean SAMP, a new regulatory ocean zoning program which was the first of its kind in the nation approved by federal regulators as part of a state coastal management plan.  Rhode Island’s Ocean SAMP  was in large part designed to foster utility scale offshore wind energy development by using marine spatial planning to identify the areas best suited to such development in a cost-effective manner while protecting sensitive habitat and marine life and avoiding user conflicts.

While Rhode Island and Massachusetts have clearly taken the lead in MSP, other states are not idle, and programs are being pursed in Oregon, Washington and California, for instance.  In fact, Oregon just held a workshop this month on the possible amendment of its “Territorial Sea Plan”  in order to “create guidelines for the siting of marine renewable energy development projects” within the three nautical miles off Oregon’s coast covered by the Territorial Sea Plan. This amendment would effectively integrate marine spatial planning into Oregon’s Territorial Sea Plan.

While Rhode Island and Massachusetts can be proud of their pioneering efforts, soon to be joined by other states, the fact is that Europe is far ahead of the United States in pursuing marine spatial planning.

That was driven home at the Oceans’ 12 Conference when two members of our panel, a British Captain in the Royal Navy, and an English consultant widely experienced in MSP, described the programs completed in the United Kingdom and elsewhere in Europe.  These programs are so advanced that in a recent English MSP regimen, inland infrastructure, such as bus terminals and other inland transportation facilities, were directly involved in the planning for use of offshore and coastal waters.

While MSP does not have to lead to a regulatory structure, such as ocean zoning, that certainly appears to be the trend, as the planning information gathered in the MSP process is often used to inform decisions as to what uses to allow, where to allow those uses and subject to what conditions, and what uses to foster, limit, or restrict.

A U.S. House of Representatives Committee has held hearings and expressed serious concerns about the potential of “ocean zoning” arising from the MSP process, although Administration officials argue that the National Ocean Policy  will have no direct regulatory effect.

That is a dispute that will likely play out over the coming years, given President Obama’s reelection.

What there can be no dispute about is that  marine spatial planning has a life of its own at the state level, and it is likely that other states will join Rhode Island, Massachusetts and soon Oregon with ocean zoning plans of their own.