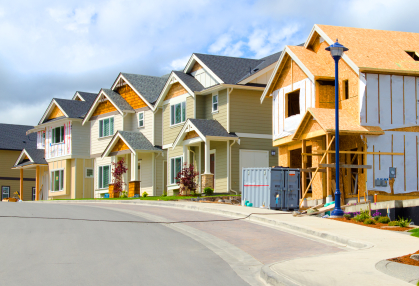 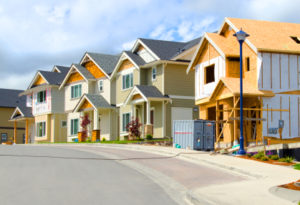 “This is a case which plumbs the depths of how unfair a government can be to taxpayers and still be constitutional”.

That’s how I introduced to a regional conference of land use planners my discussion of a recent decision of the United States Supreme Court.

I was speaking in Hartford to a full house of land use planners, both those in the public sector and those in the private sector, with a panel of distinguished real estate, land use and environmental attorneys from throughout Southern New England. While we discussed many recent court decisions, including eminent domain (i.e. takings) cases, equal protection cases and First Amendment cases, this one was my pick for the best of the worst. Armour v. Indianapolis, 132 S.Ct. 2073 (2012).

The case arose out of payments required to be made by property owners to connect to a municipal sewer system. The City of Indianapolis had for years funded sewer projects by assessing property owners equally per lot, and allowing them to pay the full amount upfront, or finance it over a number of years with interest.

However, one year later this financing scheme was abandoned and the City decided that all those opting to pay in installments would be forgiven their unmade future installments, but those who paid the entire fee in advance  would not be given a refund, even a prorated refund.

The homeowners who paid in advance asked for a partial refund, in an amount equal to the smallest forgiven installment debt (i.e. $8,062). The City refused the request for refunds.

Homeowners who paid in advance sued, saying they were denied equal protection of the law. In essence, they argued that they were treated differently and unfairly from all those other lot owners who opted to pay in installments.

The state trial and appellate court found for the homeowners, but the Indiana Supreme Court found for the City, saying the City’s decision was rationally related to its legitimate interests in reducing its administrative costs.

The United States Supreme Court reviewed this as a traditional equal protection case. Since there was no suspect classification and no fundamental right at issue, a city’s distinction among taxpayers does not violate the Equal Protection Clause if there is a rational basis for the distinction–if there is any reasonably conceivable state of facts that could provide a rational basis for the classification.

And the Court found it, in a 6 to 3 majority decision.

And what is that rational reason for the difference in treatment?  It is avoiding an administrative burden.  And what is that burden?  Well, for goodness sakes, don’t be so insensitive; the city would have to determine who is owed what and figure out how to refund the money.

Given there were only 38 homeowners involved, one might think a municipality as sophisticated as Indianapolis would somehow be able to meet that crushing administrative burden.

The Court did not appear troubled by the disparity, where some homeowners paid $9,278 for their sewer connections and many other paid far less, some as little $309, or about 30 times less.

At oral argument it was clear that some of the Justices were concerned that this could result in taxpayer claims for refunds under all sorts of public works or amnesty programs.

The dissent clearly appears to have the better of the argument.

First, it noted that the statutory scheme at issue expressly required that the sewer costs are to be “primarily apportioned equally among all abutting lands or lots”. Thirty to one is far from equal.

Secondly, the dissent noted that in 1989 the Court had struck down a local property tax assessment scheme which determined the valuation of homes for tax purposes based on their date of sale, with the result that some homes which sold recently were taxed far more than comparable homes that may have been last sold 20 years before, given the inflation in housing prices over the ensuing decades.

And the dissent noted that the majority’s argument that this is very similar to an amnesty program missed the point, since amnesty programs are directed toward enticing those who may never pay what they owe to come forward and pay, and is not justified by administrative convenience.

As the dissent observed: the desire to avoid administrative hassle and fiscal challenges (i.e. repaying money it already spent) does not justify gross disparity in tax treatment, and such gross disparity is irrational, triggering an Equal Protection violation.

Unfortunately, the lesson drawn from this case may be that if it is only money at issue, it may be hard for a government to be found to be so irrational as to be unconstitutional under the Equal Protection Clause. That may be welcome news to governments, but it is decidedly not welcome news to taxpayers.